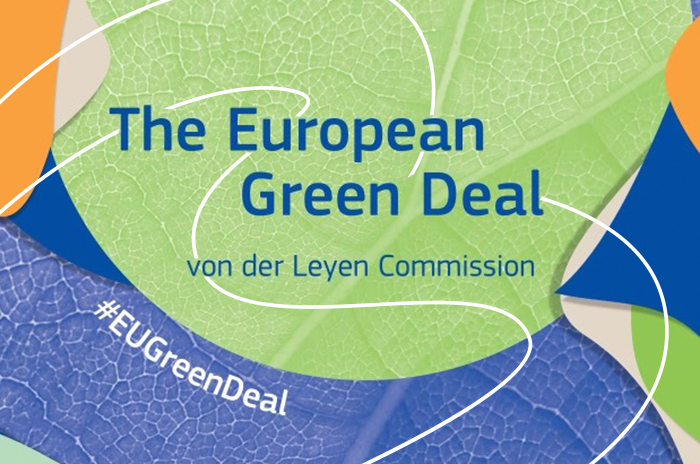 Within the scope of the European Green Deal, the European Commission called for research and innovation projects that support the transition to a zero-carbon economy. Brussels Airport as project leader, together with 21 partners, submitted an ambitious plan with concrete projects to help the industry accelerate the sustainable transition. From the 16 proposals the Commission received it selected Brussels Airport’s Stargate plan, which, after a final round of procedures, will be granted 24.8 million euros of funding.

Following the European Commission’s call to submit projects aimed at sustainable transportation within the scope of the EU Green Deal, Brussels Airport Company at the end of 2020 took the initiative to bring together 21 partners who strive to make a considerable contribution to the climate goals in the short term. With the Stargate project, Brussels Airport as project leader, together with this consortium, intends to accelerate the transition to a sustainable and zero-carbon airport and build green airports as multi-modal hubs for sustainable and smart mobility. This partnership, which brings together partner airports and other companies, government bodies as well as research and academic institutions, will be granted 24.8 million euros by the European Commission, after succesfully completing the Grant Preparation Agreement, to realise the Stargate project in the next 5 years.

‘With the funding we will be granted by the European Commission, we – together with other partners – are even better placed to take on a pioneering role in the industry. I’m very proud that the Commission chose the project led by Brussels Airport and of the praise we received. This motivates us even more to continue on the path to sustainability and accelerate our pace.”, says Arnaud Feist, CEO of Brussels Airport. “Given the big climate challenges we have to meet, Stargate aims to achieve concrete results in the short and medium term that lead to deeply rooted change in the long term. The development, coordination and realisation of these projects rest entirely with Brussels Airport as project leader. Concrete actions will first be implemented at Brussels Airport and when they prove a success, rolled out at the partner airports. In so doing, we hope to inspire other airports in Europe and beyond.”

Brussels Airport has started out on the road to sustainability over ten years ago. The airport has been carbon-neutral since 2018, recently committed to apply the circular economy principles and has been collaborating with airport partners in a CEM work group (Collaborative Environmental Management) since 2018.

Stargate’s mission is to develop, test and implement a series of innovative solutions that will make the airport ecosystem considerably more sustainable. The plan includes several concrete projects that aim to contribute to achieving the EU climate and environment goals.

One of the projects of the consortium is to develop a 3D-model for airports, that maps out the energy flows and operational processes, making it easier to calculate where improvements and adjustments are possible and required. A digital twin, as it were. Another project consists of building a biofuel blending facility at Brussels Airport. Here, the ambition is to mix biofuel with kerosine and systematically increase the percentage of biofuel.  Some of our airline partners will test its use, after which we will assess whether this can be rolled out on a larger scale.

In the coming years, considerable efforts will be made to improve mobility at and in the vicinity of the airport. Facilitating the use of zero- and low-emission means of transport, such as bicycles and electric vehicles, is part of this, as is far-reaching cooperation with other players in the transport sector, such as public transport companies. In addition, we also focus on making ground operations greener by having aircraft taxi using electric taxiing systems and by deploying electric or hydrogen-powered vehicles for ground handling activities.

Currently, the Grant Agreement Preparation phase is ongoing. This is the final stage in the procedure before the funding is officially granted. In the course of September, the grant agreement will be formally signed, and the project can officially start.