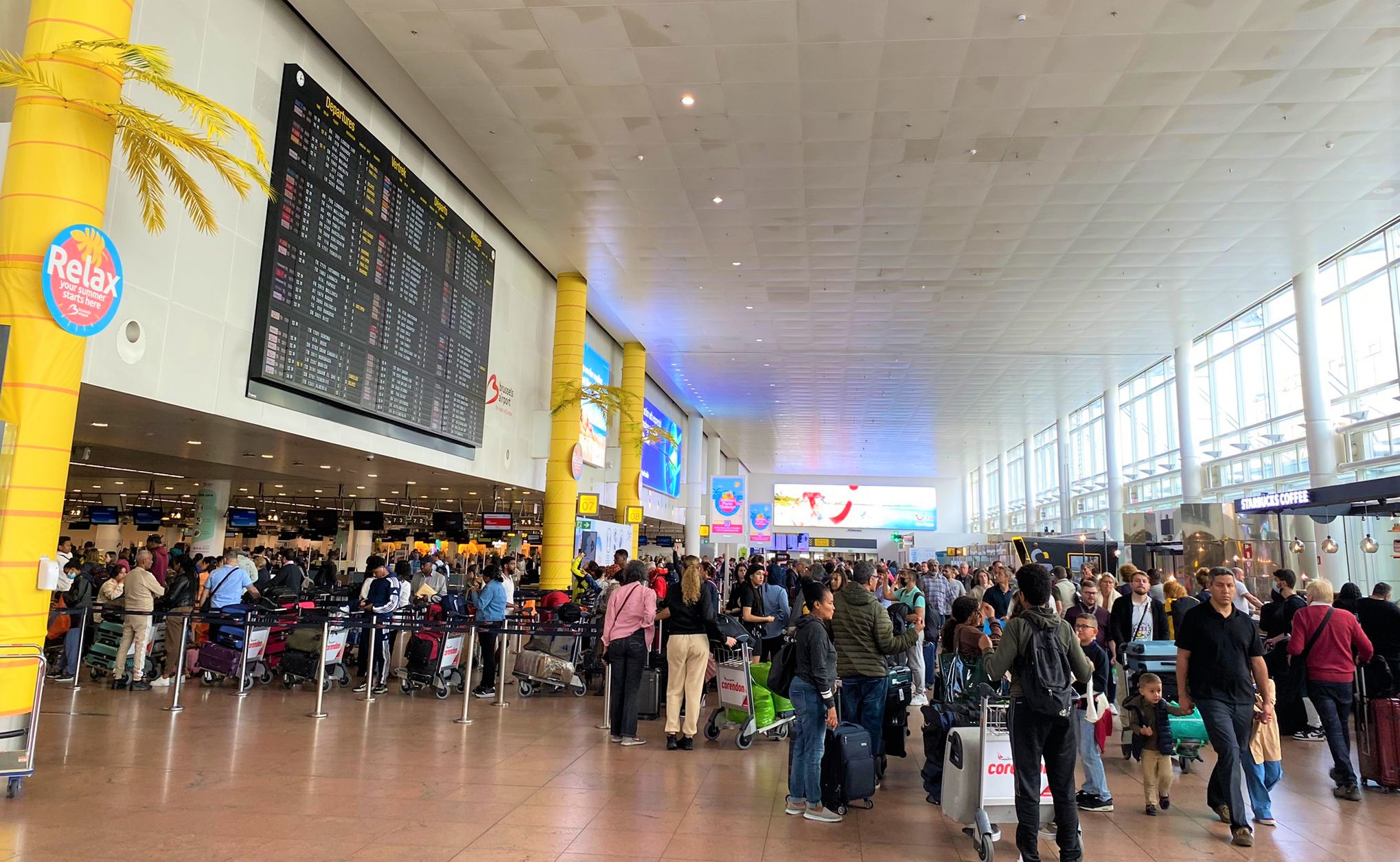 Brussels Airport welcomed no fewer than 4.4 million passengers at the airport over the summer holidays. A result that exceeds the forecast and is no less than 81% of the number of passengers in the summer of 2019. Together with all of the partners in the airport community, Brussels Airport had made thorough preparations to ensure the busy summer holiday season ran smoothly and without difficulties. Advanced forecasting models were used to map the peak moments for the various processes on the airport to anticipate these as efficiently as possible. Meanwhile, the number of vacancies at the airport is nearing 600 open positions, slightly higher than the average before the Covid crisis.

Between Friday 1 July and Wednesday 31 August, no fewer than 4.4 million travellers opted for Brussels Airport, that is 81% of the number of travellers in the summer of 2019. A strong result that exceeds the initial estimates, partly due to the airport welcoming more Dutch travellers and to the many last-minute bookings for the summer holidays. After two summers with numerous travel restrictions, the success of this summer is an important sign of recovery for the entire aviation sector.

“This was a particularly important summer for our entire airport community, and I am very happy that together we have succeeded in getting so many people smoothly to their destination. It was a summer with quite a few challenges worldwide for the sector, but at Brussels Airport we have succeeded in ensuring our passengers could start their holiday without major operational problems or interminably long queues thanks to a good collaboration and preparation. Even if we had some delays due to the great holiday rush, we made every effort to make sure our passengers could catch their flight in the best possible conditions. That we managed to do so, is due to a good anticipation of the recovery of traffic as of end 2021 and the efficient collaboration between numerous partners,” says Arnaud Feist, CEO of Brussels Airport Company.

Preparations and collaboration for a successful summer

Together with all of our partners at the airport, Brussels Airport has prepared for rising passenger numbers this summer holiday season, and the airport operations ran without major problems during the two summer months. Thanks to close consultation with all operational partners in the Airport Operations Center and the use of advanced forecasting models that identify the peak moments for the various processes at the airport, we were able to take these into account and thus avoid major problems or extreme waiting queues. There was the usual holiday rush, with somewhat longer queues at peak moments, but by deploying additional stewards these remained organised, and any operational problems that arose were always rapidly solved. Thanks to the online tool on the Brussls Airport website, passengers received customised advice regarding the best time to arrive at the airport for their flight. Just as on all European airports, there were also operational delays of flights at Brussels Airport. These are due, among other things, to delays of the flights coming from other airports.

Aviato, the airport’s employment centre has, in recent months, run recruitment campaigns and organised Job cafés, which allowed hundreds of vacancies to be filled. The number of vacancies is now around 600 jobs, slightly more than the average level before the Covid crisis. Vacancies are constantly being filled while new vacancies are being added, at the more than 300 airport companies. Aviato continues to support the airport companies in the area of recruitment and training.

This summer, Brussels Airport has once again been able to fulfil its role as starting point for the holidays and travels of millions of passengers from Belgium and our neighbouring countries, and its role as an engine for economic growth, and is looking forward to continuing doing this so that the airport companies can fully recover after the Covid crisis.