In April, passenger numbers at Brussels Airport increased to 2.3 million passengers, up 1.5% on April last year despite adverse developments at several airlines. In line with the trend at other (cargo) airports, cargo traffic decreased by 12.5% in comparison to April 2018, a result that was further impacted by the service disruptions at skeyes.

Brussels Airport welcomed 2,286,771 passengers in April this year, an increase of 1.5% compared to the previous April. Although passenger numbers have increased, various developments at a number of airlines have had a negative impact on the result.

Both WOW Air and Flybmi have filed for bankruptcy and ceased operations. Flybmi’s operations at Brussels Airport have partially been taken over by Loganair. A strike at SAS also resulted in numerous cancelled flights.

In the short haul segment, Ryanair, Vueling, Aeroflot, Iberia, Lufthansa, Swiss and Finnair saw the largest growth. The largest growth in the long-haul segment was recorded at Brussels Airlines, Ethiopian, Qatar Airways, Etihad, Air Canada and ANA. Emirates has temporarily decreased the number of seats to Europe due to works on one of the runways in Dubai. As a result, the airline operates only one daily flight to Brussels instead of two.

Freight transport at Brussels Airport decreased by 12.5% in April. This decrease corresponds with the negative market trend for European air cargo traffic. The freight sector has been experiencing a slowdown since the end of last year. Full freighter traffic, in particular, has experienced a strong decrease (-19.2% compared to April last year) as a consequence. Moreover, Saudia Cargo has ceased operations at Brussels Airport.

Furthermore, a number of cargo flights were cancelled due to airspace being closed (mainly during the night and early morning) as a result of limited staffing at skeyes. This is mainly reflected in the decline in express services, by 8.4% compared to the same period last year. Growth in e-commerce has resulted in a decrease in the volume of transported goods while their value has increased.

The volume of belly cargo dropped by 6%, whilst trucked cargo fell by 17%. 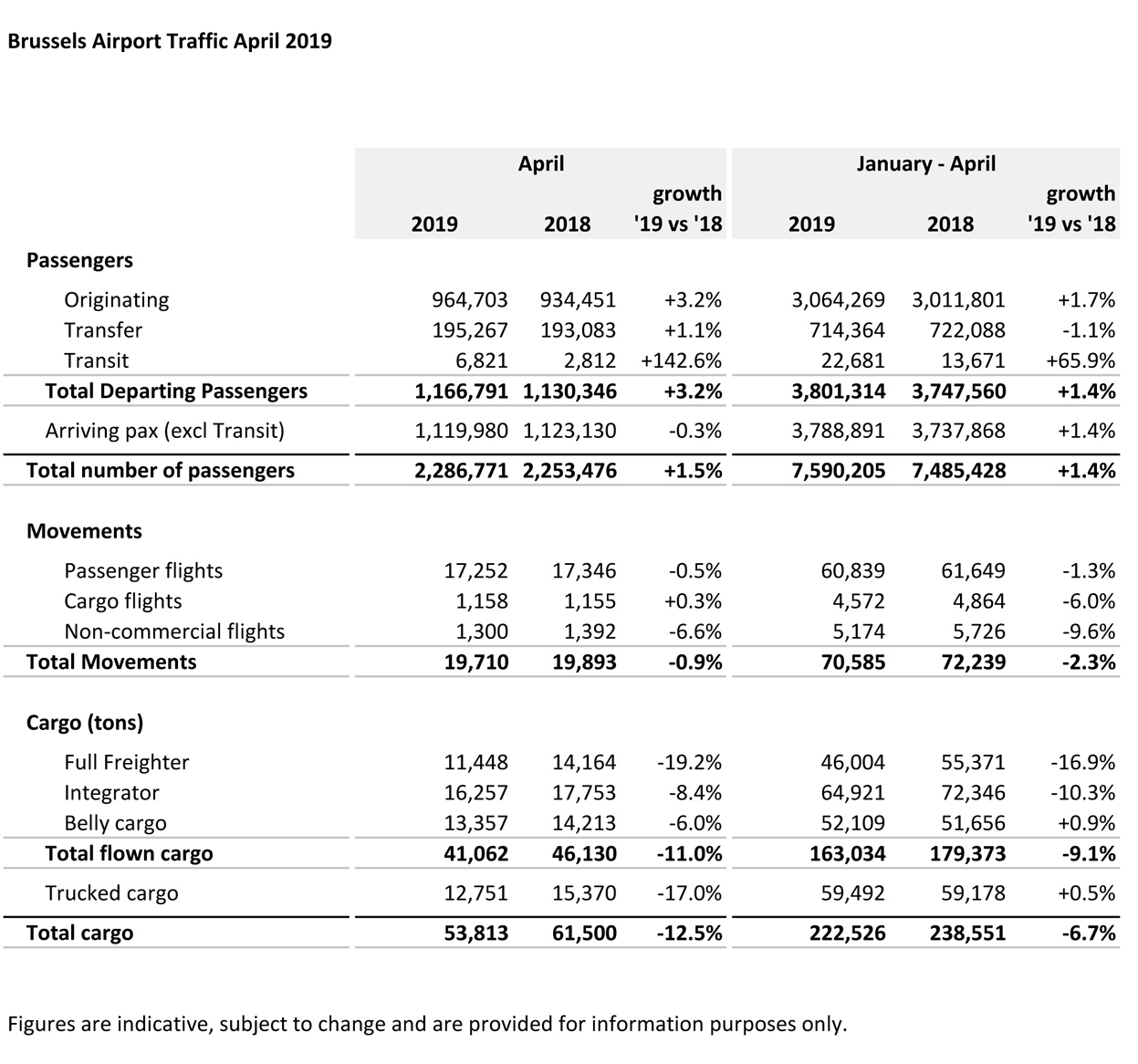