More than 2 million passengers at Brussels Airport in October

Once again a significant rise of 6.5% in cargo

In October 2016, Brussels Airport welcomed more than 2.05 million passengers. This is 3% lower than October 2015. By contrast, cargo traffic recorded a 6.5% growth on October last year. As it did last month, the full freighter segment grew strongly by 28.8%. Hainan Airlines announced the start of a nonstop service between Shanghai and Brussels.

For the first time in a long while, integrator services have seen a slight decrease. This is explained by the fact that October 2016 included five weekends and on weekends there is much less cargo transport than on weekdays.

Belly cargo, cargo transported on board passenger aircraft, has fallen by 4.5% compared to October last year. This is largely due to the departure of Jet Airways to Schiphol in March this year. The decrease was partly compensated for by a growth in volume at both Brussels Airlines and United Airlines. 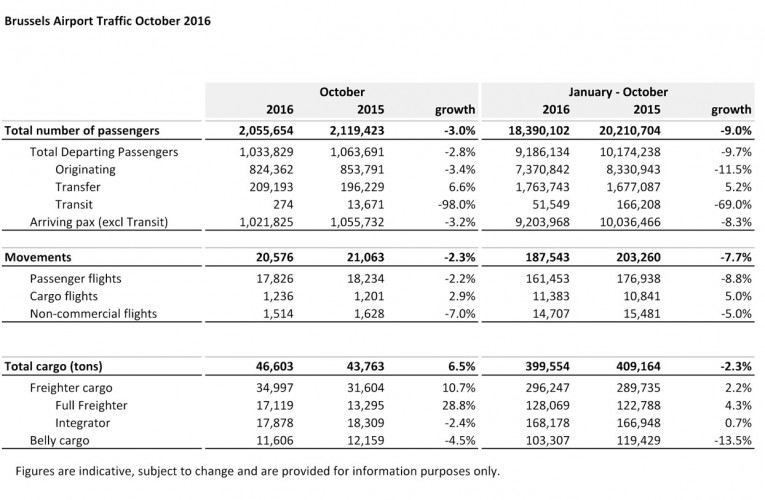 More than 2 million passengers at Brussels Airport in October