In March 2019, Brussels Airport welcomed just under 2 million passengers, i.e. a 1.9% rise, up from March 2018. If it had not been for the repeated strike action by the air traffic controllers, the rise could have been even bigger. The cargo segment at Brussels Airport saw an 8.1% fall compared against March of last year, due to the strikes at skeyes and a negative market trend in European air cargo traffic.

To a lesser degree, the decelerated growth in the number of passengers was also impacted by the bankruptcy of British regional airline fly bmi.

The number of locally boarding passengers went up by 1% compared against March 2018. The number of transfer passengers on the other hand fell by 6.9%. This fall too is explained by the industrial action at skeyes, which meant passengers had to be transferred to connecting flights at other airports.

In January, the cargo volume amounted to 61,514 tonnes, i.e. an 8.1% fall compared to March 2018. In part, this negative result is to be attributed to the industrial action by the air traffic controllers, which caused 8.7% of cargo flights to be cancelled. In addition, recent months have witnessed slowed down growth in the cargo segment everywhere around Europe.

All cargo segments are recording negative figures, with the exception of trucked cargo. Full cargo volumes fell by 17.2%, whereas express service volumes and belly cargo volumes (cargo carried on board passenger planes) fell by 14.6% and 2.8% in that order by comparison with March of last year. All of which has resulted in a 12% decline in total air cargo volume. In part, these falls were offset by the 4% growth in trucked cargo

Imports were stable compared against last year. Exports on the other hand fell by 16%.

In March 2019 the number of flight movements went down by 3.6%, chiefly due to the industrial action taken by the air traffic controllers. The number of passengers per flight rose from 124 to 129, mainly because a lot of flights were cancelled and passengers were transferred to other flights. 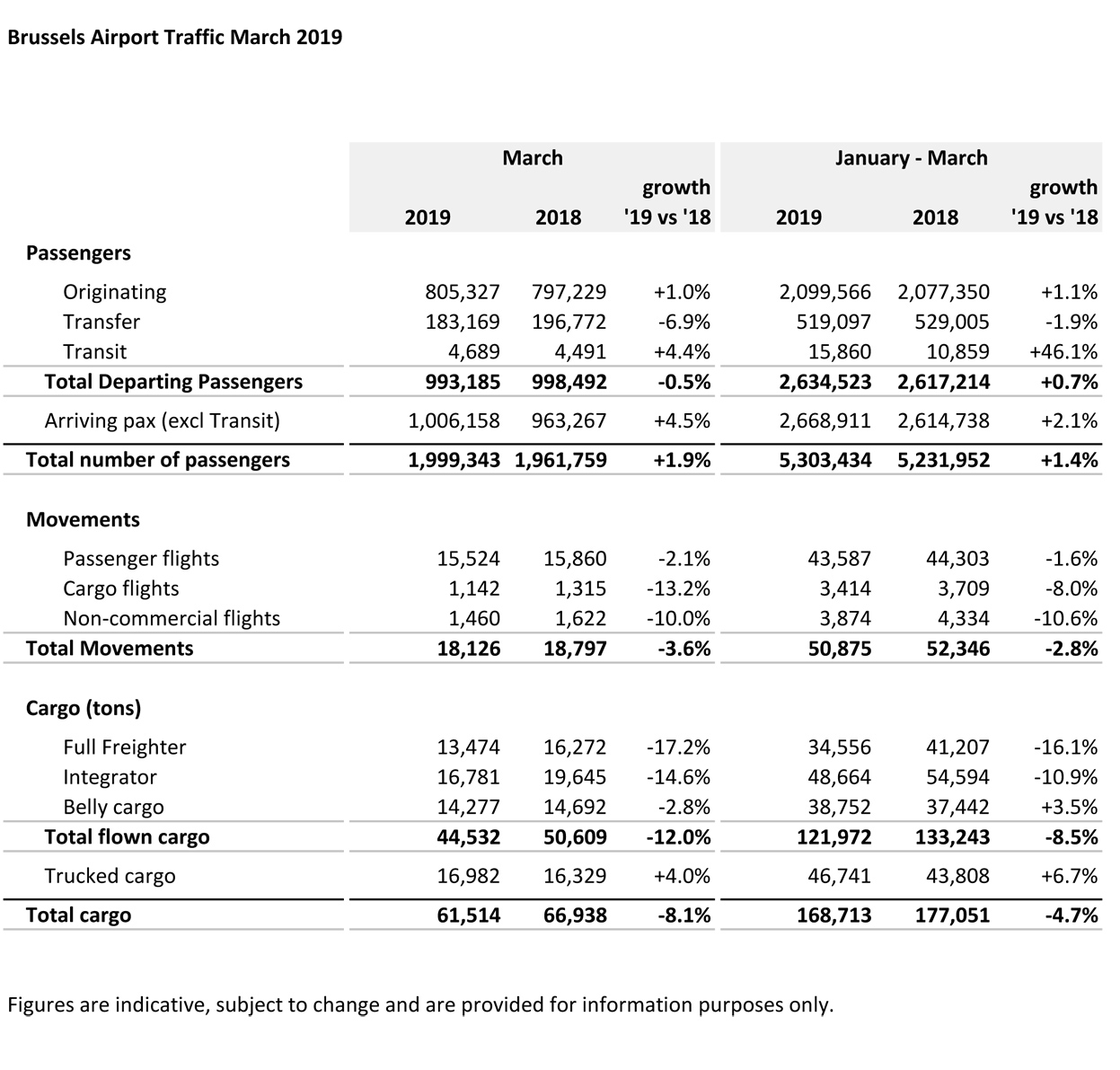