More than 2.3 million passengers passed through Brussels Airport in October

In October, Brussels Airport welcomed 2,316,581 passengers, which represents an increase of 6.4% compared to October 2018.

October 2018 was negatively impacted by the strike at Aviapartner. On a comparable basis, passenger traffic in October 2019 increased by 1%. The collapse of Thomas Cook and resulting flight cancellations, and the collapse of Adria Airways had a negative impact on October’s traffic figures.

Freight transport at Brussels Airport fell by 8.2% in October 2019 compared to October 2018. The negative trend of recent months continued, in line with Europe and the rest of the world. While the cargo figures are slightly better than in previous months, this is largely due to the strike last year at Aviapartner which also had a negative impact on freight activity in October 2018.

For the first time in many months, figures were better for flown air cargo (-1.7%) compared to trucked air cargo (-25,2%). Integrator services on the other hand increased by 2.2%, while belly cargo increased by 5.1%. However, full freighter cargo fell by 16.6%.

Several positive developments are expected in cargo by the end of the year with for example the arrival of Sichuan Airlines Cargo at Brussels Airport at the end of November.

The number of flight movements increased by 3% in October 2019 compared to October 2018 which was negatively impacted by the strike at Aviapartner.

The average number of passengers per flight also rose by 3%, increasing from 127 to 131. 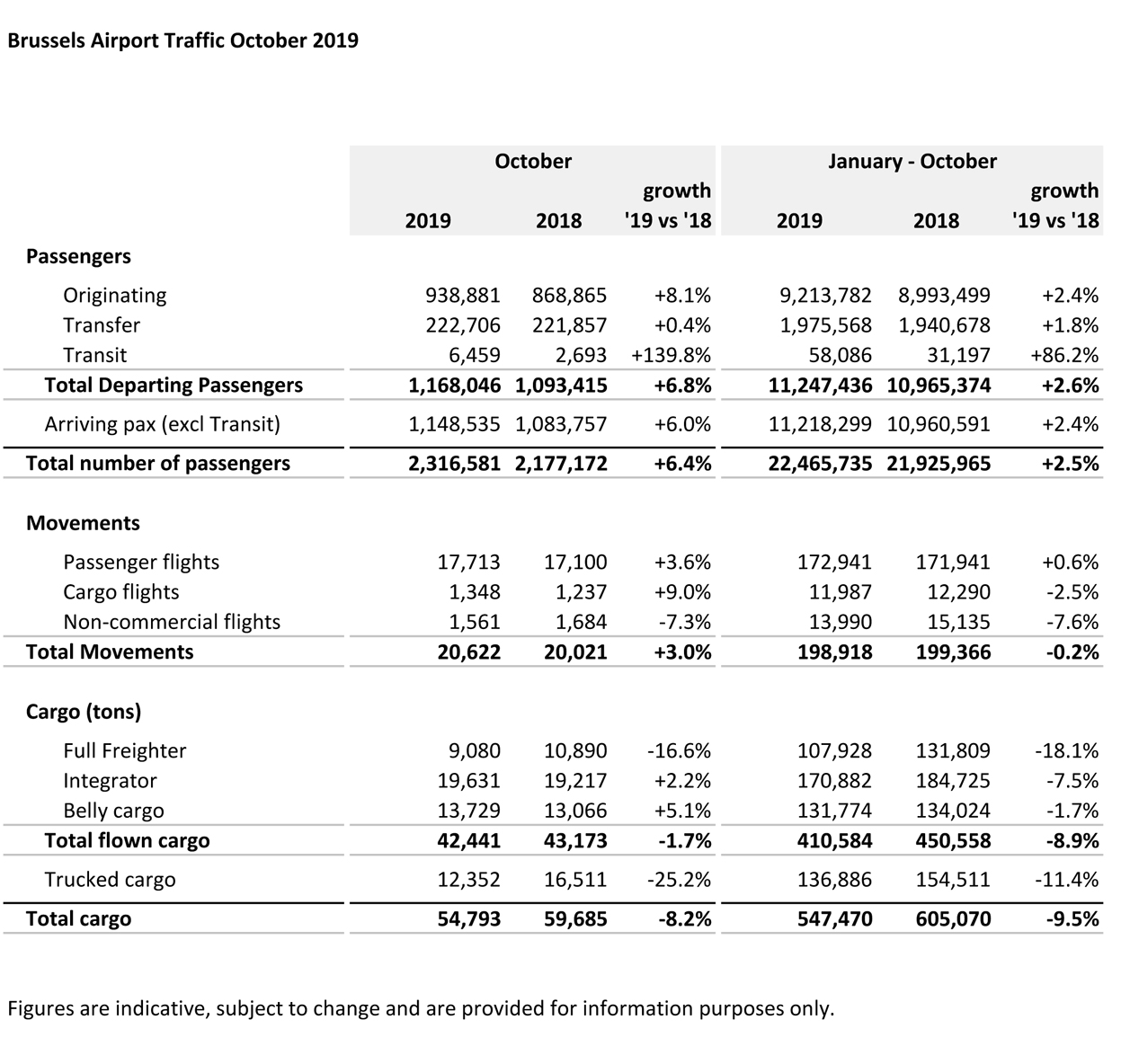 More than 2.3 million passengers passed through Brussels Airport in October