Following the annual tradition, Brussels Airport Company has presented for the 11th time the Brussels Airport Aviation Awards. With these awards, the airport wants to honour the airlines and partners which, during the past year, have distinguished themselves in the area of punctuality and performance, environment and safety, development of the network and new routes. This year, the new ‘logistic provider award’ is being presented for the first time, next to the biennial Diamond Award. 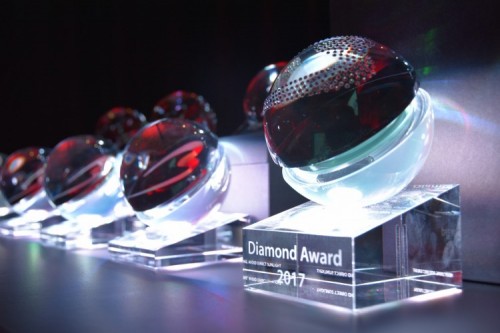 “In recent years, Brussels Airlines has been one of the fastest growing airlines in Europe, with a growth at Brussels Airport from 5 million passengers in 2010 to 9.1 million in 2017. The intercontinental network has been extended from sub-Sahara Africa to North America and India. Furthermore, membership of Star Alliance has brought many other intercontinental airlines to Brussels Airport. Brussels Airlines is also the flying ambassador of Belgium. Initiatives such as Hi Belgium and the aircraft with Belgian icons make the airline highly recognisable abroad and thus make an important contribution to tourism in Belgium. With the Diamond Award, we want to thank all 3,500 employees of Brussels Airlines for all the daily efforts to achieve this fantastic performance.”

The Network Development Awards go to airlines that start new routes or have achieved a significant growth in passengers or cargo.

The second category of Awards is Environment and Safety. These awards are presented to airlines or partners which have made a special contribution to the environment and to the continuous improvement of safety standards and awareness.

The Performance and Punctuality Awards are presented to the passenger and cargo airlines that perform both well and punctually. Punctuality is the best on-time performance, i.e. with an arrival or departure within 15 minutes of the scheduled time. The performance for cargo is calculated based on the number of weekly flights, the number of destinations, total amount of cargo flown, cargo per flight and the growth in cargo tonnage.