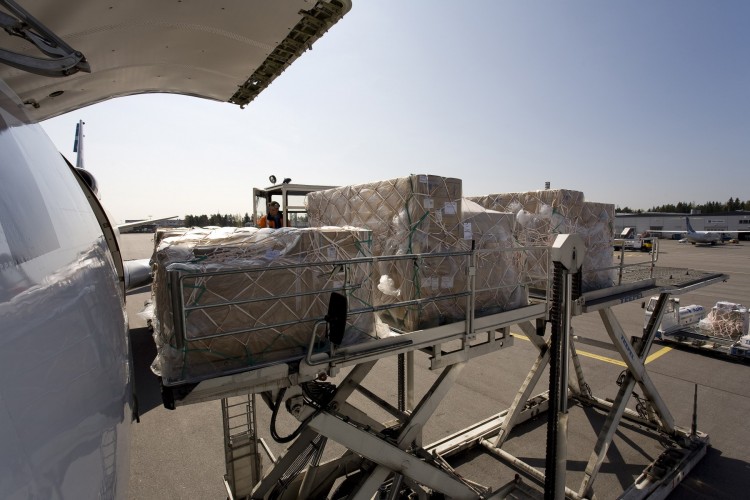 Europe’s preferred airport for the carriage of temperature-sensitive products, Brussels Airport is continuing to invest in the range of tailored services and products it delivers to the pharmaceutical sector as one of the country’s key industries. The airport is offering the industry new infrastructure and products and integrating new technologies such as blockchain as part of its services.

“As part of our cargo strategy, a few years ago already, Brussels Airport has taken the international leading position with regards to transport of pharmaceuticals and biotech, key industries of our country. We continue to invest heavily in logistical infrastructure that is adapted to the specific needs of pharma and biotech, and that guaranties a cold chain, vital for medicines and vaccines. We are also developing innovative solutions based on new technology such as blockchain, which is used on our digital platform BRUcloud, and allows all stakeholders to track in real time the route of the transported goods”, says Arnaud Feist, CEO of Brussels Airport Company.

As the world’s first airport to be awarded the CEIV quality certificate for its cargo division in 2014, Brussels Airport is internationally regarded as the standard for the carriage of temperature-sensitive products, such as medicines and vaccines.

Belgium, a major pharma hub for exports around Europe and the globe

Belgium is a leading hub in Europe and the world at large for medicine and vaccine exports. In 2017, proprietary medicinal products worth 40.3 billion EUR were exported from our country. Which accounts for 10.6 percent of total Belgian exports. This places Belgium second in Europe in terms of absolute volume, right after Germany, and number two after Ireland if exports are correlated to the size of the population. 12.3 percent of all European pharmaceutical exports ship from Belgium.

“Nearly half (48.9 percent) of these exports are intended for countries outside the European Union”, explains Catherine Rutten, the CEO of pharma.be, the umbrella organisation which represents 130 innovative pharmaceutical companies in Belgium. “In part, it is thanks to the investments of the logistical partners, such as Brussels Airport Company, that Belgium is a preferred country for pharma exports to overseas countries. Doing so also sees our country play its part in the pursuit of the global health objectives”.

“Belgium plays an outsized role in the biopharmaceutical industry, accounting for 13% of all European exports,” said Tom Van Wesemael, Life Sciences leader at Deloitte. “The significant amount of biopharma exports and infrastructure, paired with Belgium’s high level of connectivity, make the country an attractive place for companies to invest and expand.”

An airport tailored to the pharmaceutical industry

Over the years, the airport devised various products and services specifically geared to serve the pharmaceutical industry. As such, there is now worldwide interest in the Airside Pharma Transporter, as it ensures a measurable constant temperature on the tarmac for the cargo on board. 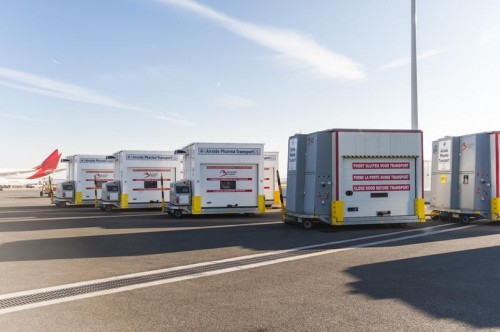 The unique thing about Brussels Airport is also the way in which the various logistics service providers work together. Combined with a healthy dose of entrepreneurial spirit, a few years ago BRUcloud was launched as an open data sharing platform where the companies involved in the scheme gather information by way of apps. Moreover, the recent integration of new technologies such as blockchain has made part of the work paperless. An ecological decision which also makes for substantial time and efficiency gains.

In the years ahead, the airport will maintain a strategic focus on the pharmaceutical industry. Brussels Airport is investing 100 million euros in the construction of ultramodern logistic buildings of 100,000 m² in the cargo area. Half of this infrastructure will be specifically designed to handle high-quality and temperature-sensitive goods, such as pharmaceutical products.

An airport working in tandem with the pharmaceutical industry

Under the aegis of the international cross-industry interest group Pharma.aero, of which Brussels Airport is one of the founding members alongside the airports of Miami and Singapore, two so-called pharma corridors were recently put in place on the major trade routes Brussels - Montevideo and Brussels - Hong Kong. All logistic chain players within the corridor comply with imposed quality requirements to ensure an uninterrupted cold chain.

“The quality parameters for a pharma corridor were established in association with the pharma companies. Brussels Airport is keen to step up the number of pharma corridors even further in times to come to facilitate the global quality carriage of pharmaceutical products from our country”, Feist concludes.